Today, lets discover together how a few drop of essential oils in your bedroom can tremendously help you reach the calm and relaxing sleep. Say bye to insomnia with OiB.

One of the more popular and traditional aroma therapies, lavender brings a fair amount of clinical evidence showing its effect on sleep. Lavender is a flowering plant that grows natively in the Mediterranean, but can now be found to flourish in sunny and warm climates all over Australia & Europe. It is a shrub with a woody stalk and small budding flowers that range in colors from light blues to purple.

Lavender scents tend to improve the overall sleep quality for a variety of ages and genders. However, the smell is typically most effective on women, younger people, and those with mild insomnia (rather than severe).

Peppermint oil is derived from the leaves of the peppermint plant or Mentha pipertita, a hybrid of the water mint and spearmint plants, and M. arvensis var. piperascensa, a plant from the Labiatae family.

The essential oil is often used as a home remedy for stomach problems, muscle pain, and headaches. Signs show that the refreshing herb is good for more than Mint Juleps – the smell of it can actually make you less tired.

One study put participants in a dark room for about ten minutes and then measured their sleepiness. Those that were exposed to peppermint oil during their little time-out showed less sleepiness than those that were in the dark with no smells.

Peppermint is one of the easiest plants to grow in your garden, and is almost bulletproof. Plant a little by your front door, and grab a handful as you head to work in the morning. Or, pick up some peppermint oil for a more clinical approach.

Get a lemon and take a big bite, that’ll wake you up.

If you want a slightly less lip-puckering stimulant, then the smell of lemon oil could do the trick. You can also make it a warm relaxing tea, combining with Honey and Ginger.

If lemon tea is not your cup of tea, another herb, sage, also works as a natural sleep aid. Just steep 4 tablespoons in a cup of hot water, steep for four hours, strain, and reheat to drink.

Chamomile is of course the superstar of night time teas.

But it is the herb’s ability to reduce anxiety, elevate mood and combat insomnia that is presently of particular interest to medical researchers. There’s precious little evidence that it has any sedative effects, yet millions of people continue to drink it before going to bed. 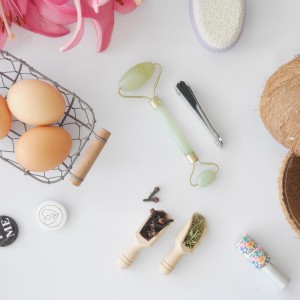 Hello ladies. Thank you for stopping by. Sharing here my love for natural and homemade skincare remedies we can all apply at home! Promise your skin will love it! Amanda x
All Posts »
PrevPreviousYour Armpits smelling like tropical flowers, Yes please! DIY.
Next21 Ways to Drink WaterNext

18 thoughts on “A Better Sleep with Amazing & Natural Scent.”